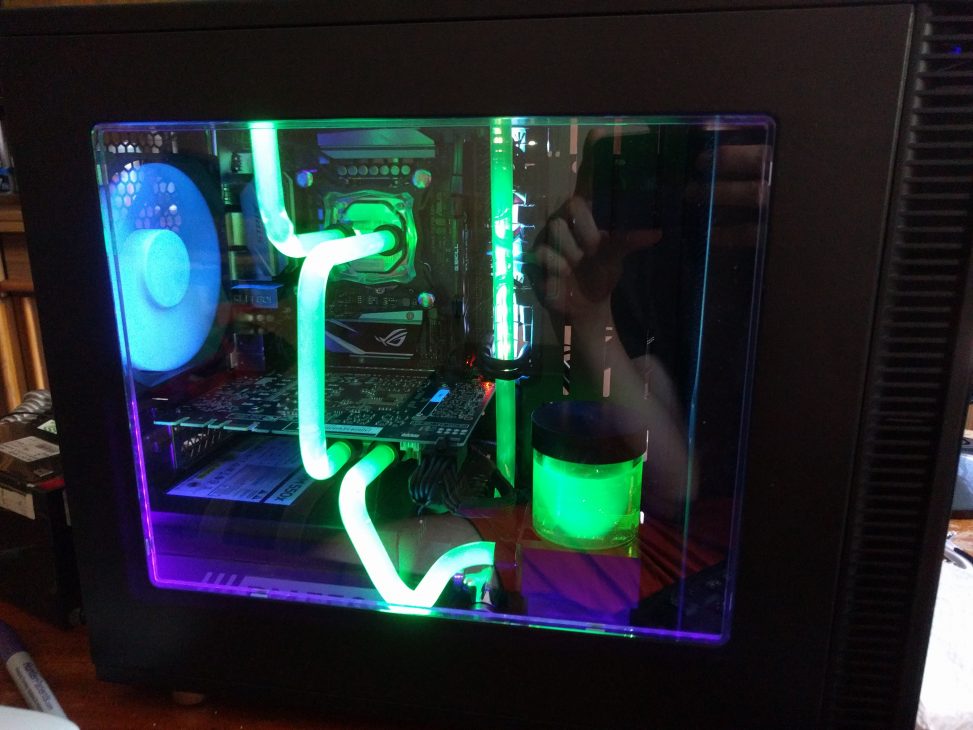 Almost 5 years after my first DIY watercooled PC build I decided to give it a shot again, but this time with store bought components. Main reason was that I wanted a powerful yet really silent PC. And maybe the looks :). This is also my first Mini-ITX build.

At first I was worried about universal GPU waterblock that did not cover VRM and VRAM chips, but after stress testing I measured maximum temps to be 90C for VRM and 60C for VRAM. Although these temperatures are a bit high, they are well within safe range.

One thing that I’m worried about is M.2 SSD heating up to 70 C since it is embedded into chipset heatsink (one of the unique Z270I features). I might move it to another slot which is on the other side of MB.

Main GPU core maxes out at 38C full load. Honestly, I did not expect this result with cheap chinese waterblock, really impressed. On the other hand, CPU is somewhere in the region of 70C. Thanks to the shitty Intel IHS, which has mayonnaise (they call it thermal compound) under there instead of good soldered contact. No wonder why everyone is deliding their i7s.

Here are some photos of the build: 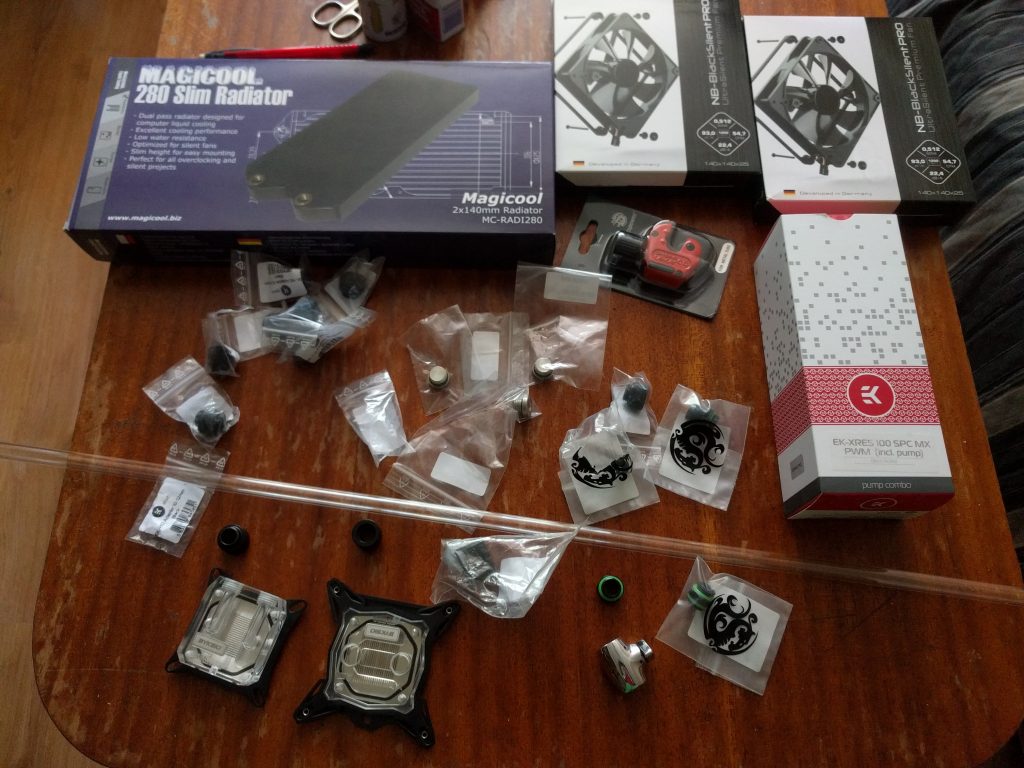 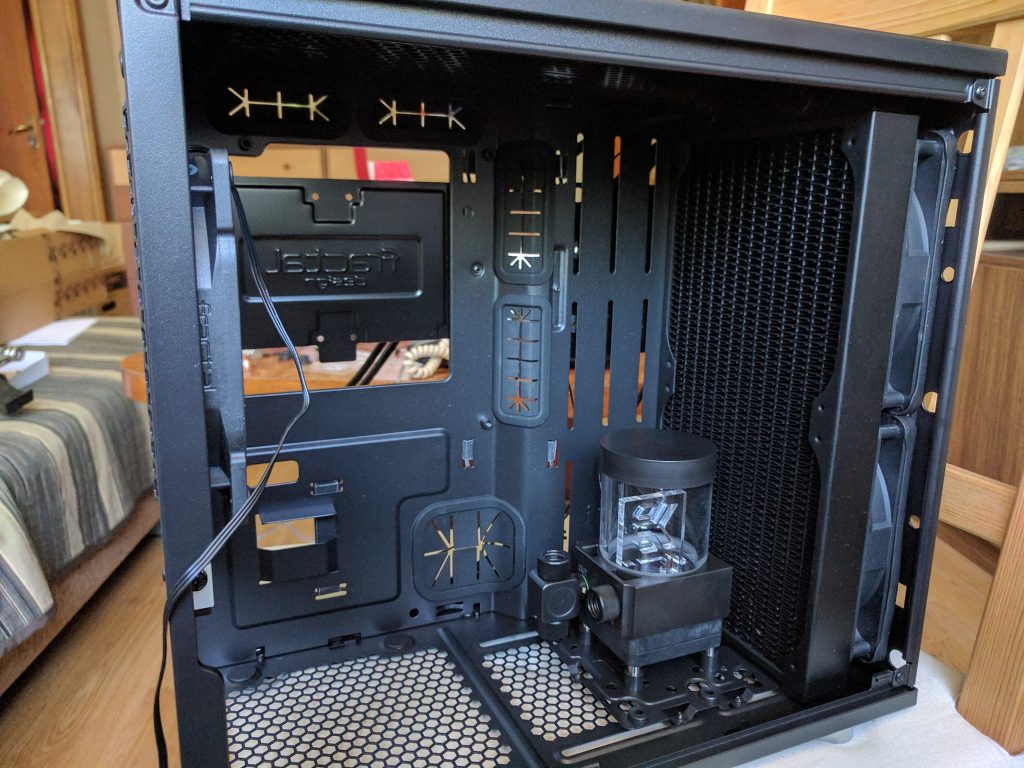 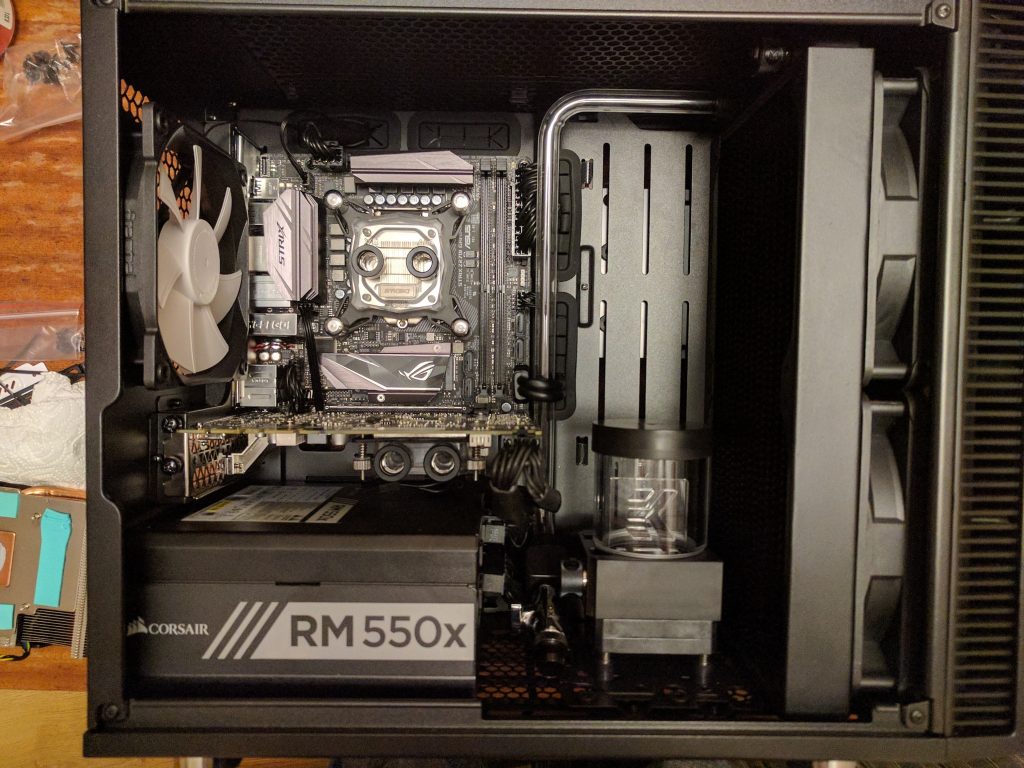 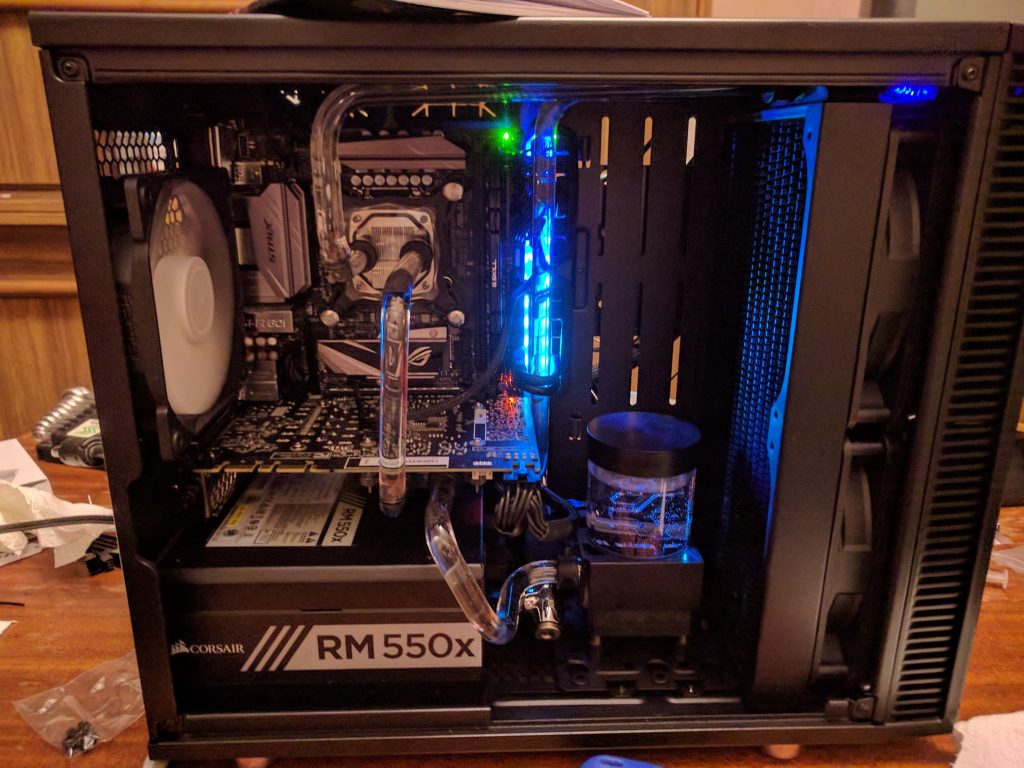 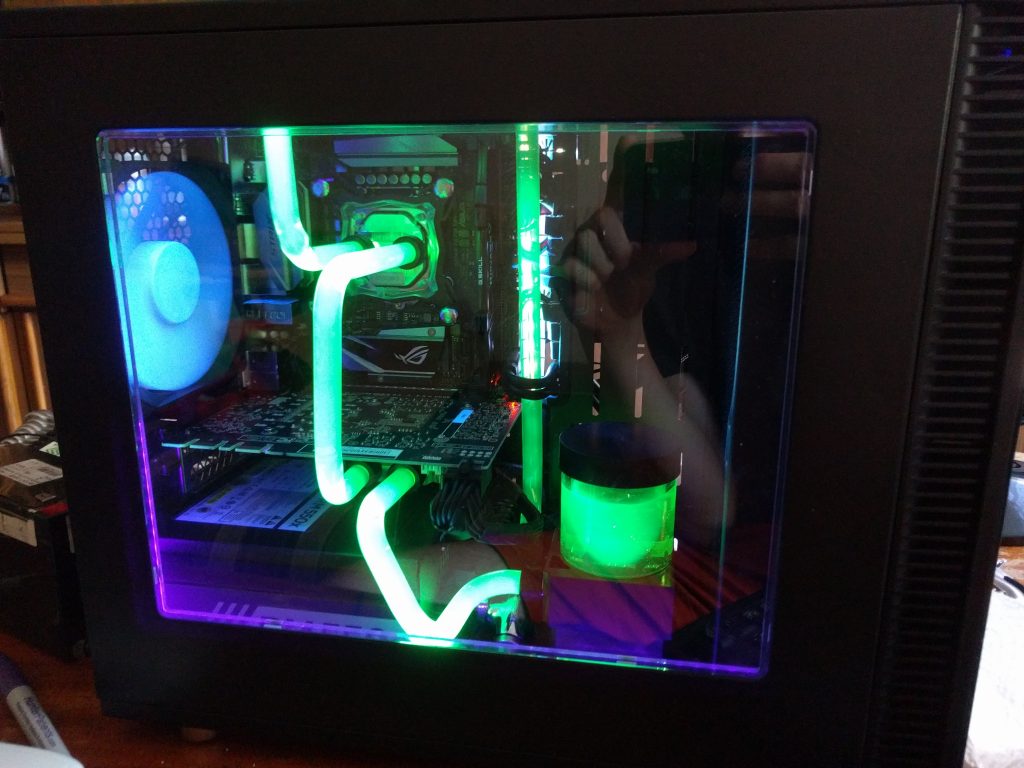